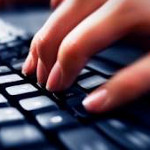 If you need assistance with any aspect of editing branch information, please email us at webedit srp org uk  (webedit srp org uk)   . Introduction Each branch can edit their own pages on the SRP website. The web editors are also happy to make changes on behalf of a branch. If you would like to edit your branch pages, you need to go through the following steps. Log in to the site by clicking the Login link on the right near the top of the page. (If you want to try out changes without actually changing the main site, you can log in to http://sand…… END_OF_DOCUMENT_TOKEN_TO_BE_REPLACED

2020 2019 2018 2017 2016 2015 2014 2013 2012 2011 2020 NB: all meetings after the playing day in March were cancelled due to the Covid-19 pandemic 11th January Ann and/or Steve Marshall Ann and Steve are members of the Branch and are well known as local conductors, composers and arrangers of Recorder music. 8th February Annabel Knight Annabel is Head of Recorder at Birmingham Conservatoire. 14th March Playing Day with Michelle Holloway A full day’s playing (10am – 4pm). Further details and application form. 4th April Recorders and Strings with …… END_OF_DOCUMENT_TOKEN_TO_BE_REPLACED 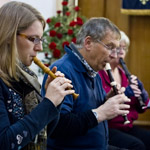 This page lists sellers of CDs and of sheet music, either in printed or downloadable form, and also sites that offer free downloads. Some of the organisations listed here also supply instruments. For details and a more complete list of instrument suppliers, see the dedicated page. Please note that a link to a supplier’s website opens in a new window or tab. Aeolian Consort http://www.geocities.jp/lyrischesuite/gakufu_main.htm The Aeolian Consort website offers free downloads of recorder consort music. AK Music Publications Publications website …… END_OF_DOCUMENT_TOKEN_TO_BE_REPLACED 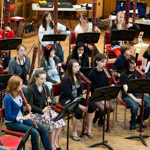 Groups of recorders playing together probably go back to the 16th Century, but the modern development started in Germany in the 1950s, and in the UK in the 1970s. The 1990s saw an expansion but the real explosion has been during the first decade of this century. Affiliate Membership of the Society is available to recorder orchestras and other groups, the current annual cost being £50. This covers the Society’s year from 1 September to 31 August: if you affiliate for the first time after January 1st, you may pay half the full cost for the remain…… END_OF_DOCUMENT_TOKEN_TO_BE_REPLACED

Musical Director of the Society from 1937 until 1988 Edgar Hunt Recorder Magazine Summer 2006 (From ‘Tributes and Memories’, in The Recorder Magazine, Summer 2006 edited by Andrew Mayes) There can be few in the recorder world who do not know the name Edgar Hunt; many recorder players knew him and he in turn knew many recorder players. Yet perhaps few knew him very well, not because he was unapproachable, indeed he was quite the opposite. Nevertheless, his natural modesty prevented him from giving away much about his remarkable contribution to t…… END_OF_DOCUMENT_TOKEN_TO_BE_REPLACED