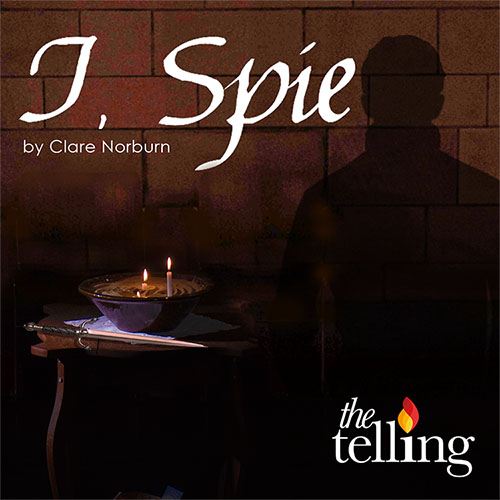 The imagined story of John Dowland and his brush with the Secret Service.

THE IMAGINED STORY OF JOHN DOWLAND, AS HE COMBINES HIS LIFE AS A COURT MUSICIAN/COMPOSER WITH THE ELIZABETHAN ESPIONAGE UNDERWORLD.

​This spell-binding new “concert-play” (where music and theatre collide) by Clare Norburn tells the story of composer/lutenist John Dowland’s brush with the Secret Service and how he manages to foil an Italian plot on the life of Queen Elizabeth I. Think Spooks, 16th Century-style! But ultimately, John's fate is in the hands of the audience who will decide how the show should end.

The drama is directed by Nicholas Renton (BAFTA-nominated Mrs Gaskell's Wives and Daughters, Musketeers, A Room With A View, Lewis, Silent Witness).
​
The playwright, Clare Norburn, is also the soprano and Artistic Director of The Telling, who are renowned for immersing audiences in a world of music and theatre. They will perform music by Dowland and his contemporaries, alongside Elizabethan tavern, street and courtly masque music.

"What is most impressive about Norburn’s conception is the way that the various strata and elements combine and cohere so effortlessly. Past and present, truth and fantasy, real and imagined come together in a tightly knit and intimate drama." Opera Today

​"Inclusive... non-pretentious... I really wish all 'classical' (for want of a better word) concerts were like this" Morning Star
​
“mesmerising” The Guardian