The Society of Recorder Players is proud to launch this first run of its Composer’s Competition for the Recorder. The Society’s mission is to promote the recorder and its music, not just the music of past centuries but also fresh creations from composers of all ages. I warmly invite all composers to enter for the open competition (any age eligible) or for the under-eighteen competition. There will be a world-class judge, the renowned composer and Honorary President of the SRP, Jonathan Dove, and a spectacular venue in the neo-Gothic splendour of Ushaw College, near Durham City. Finalists will enjoy an opportunity to develop the performance of short-listed pieces with the quartet Block4, who will perform the winning pieces in a gala concert and a high-quality recording will be available for the winning composers. 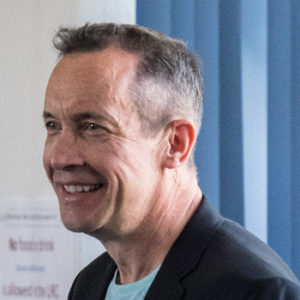 The Society of Recorder Players are proud to have Jonathan Dove as their Honourary President and are delighted that he has agreed to be the lead judge for the inaugural finals of their new Composer’s Competition in April 2019.

He has used the recorder in several of his compositions, including: Light Dance, a piece for recorder octet, written in 2012 in response to a request from the Society of Recorder Players for a work to celebrate its 75th birthday. In the same year he also wrote The Pied Piper, a tour de force for clarinettist Emma Johnson which involves children playing simple recorder parts alongside professional musicians, plus optional additional parts for an advanced recorder group.

Dove studied composition with Robin Holloway at Cambridge and, after graduation, worked as a freelance accompanist, repetiteur, animateur and arranger. His early professional experience gave him a deep understanding of singers. Opera and the voice have been central in Dove’s output throughout his subsequent career.

His breakthrough opera Flight, commissioned by Glyndebourne in 1998, and staged throughout Europe, USA and Australia has led to more than 20 operatic works.

I loved writing the Recorder Concerto for Sophie Westbrooke.   It was not an instrument that I had detailed knowledge of at the outset, so it was a big learning curve and I discovered things which of course recorder players have known for centuries, that is it has a breadth of wonderful possibilities, a richness of tone, range and facility for speedy finger work and has been unfairly overlooked too often in the past.  For me in that work it seemed important to acknowledge the directness of airflow that is involved.  The performer blows directly down the tube without anything getting in the way – like a reed, or having to precisely angle an instrument, or having to blow a raspberry down it.  The lack of air-flow resistance was refreshing and honest and massively versatile.  So ‘breath’ became central to the work, and within the piece there are different breathing cycles – the anticipatory inhale, the unwinding exhale, the breath with exudes effort, the breathing which post-effort slowly normalises and the breathing of calmness.  I loved working with the range of recorders and finding their own particular characters, because each one has its own.

Having written for a quartet of recorders and arranged music for solo recorder, I find each time it’s a complete joy so I hope to write again for the instrument in the future.

For examples of recent commissions for the SRP see www.srp.org.uk/commissioned-music/